A project by: Patrick Villegas 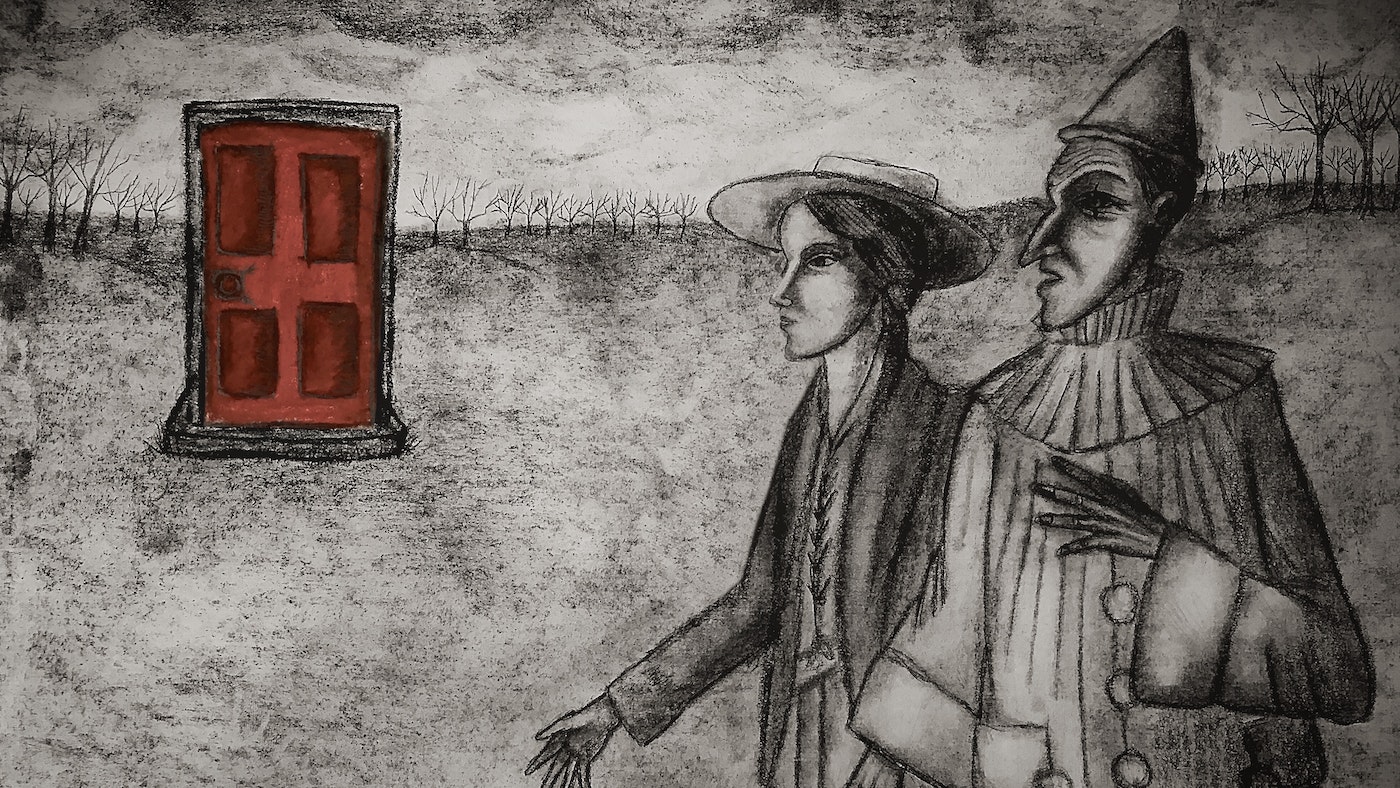 This project received pledges on Thu 25 Apr 2019
Follow Become a helper
A tale about facing big changes in life and nostalgia for a vanished world.

Pierrot Is Not Laughing - this is our Graduation Film.

A short fiction tells the story of Anne, an entertainer, who plays Columbine and her husband Jean who plays Pierrot, a mute clown. Set in the early twentieth century, the couple are having an idyllic picnic in the countryside, which is interrupted by the surreal appearance of a red door in the middle of the field. Gripped by curiosity, Anne goes through the door, in contrast with the terrified Pierrot, who flees. This becomes the turning point of their lives, pushing them into an exploration of their memories, and the realisation of a profound truth.

The reason for proposing our idea for the grad film is the message that is conveyed, which is the difficulty of saying goodbye to certain stages of life. We believe it is the right moment to reflect on this. In these times when many of us are going to say goodbye to people and places we love and appreciate, and at the same time, we will be starting to face big changes in our lives in general.

If we get extra funding, we are hoping to employ musicians to help make sure the correct soundtrack we have planned will create another dimension to the film. If we do very well, the possibility of creating an orchestral concept becomes more real!

Lack of course funding is a problem for us, so just simply sharing this project could be a huge help! We are obviously aware that not everyone can help support this film financially, but you may know someone who can. Even something as small as £1 will really help!

Pierrot Is Not Laughing - The Grad Film
Your message has been sent.